The Let's Operate Already tee design is for the Futurama fans whether they have fond memories of the Operation game or not.
The concept is funny and true to the Dr. John Zoidberg character as he is as incompetent as a Larry, Curly, or Moe as surgeons. Hence the "Skill Game" quote. There is a healthy mix and balance of both the Futurama Franchise and the board game Operation. If there was a real life Futurama Edition of Operation it would look like this and be a huge hit. Why not? They have The Big Bang Theory Monopoly sets and Firefly Yahtzee so it is very plausible.
As for the artwork, it takes the two Futurama characters as they are and throws in some Operation elements. Like KindaCreative substitutes a red ball for Fry's nose and includes rectangle holes all over his body. Inside the holes are objects instead of body parts like organs, bones. Such as parasites (worms). There are tons of Futurama references in this one shirt. Like the Slurm can, bee stinger, Seymour's bone, Brain Slug and the Robot Devil's hand (a reference to The Devil's Hands Are Idle Playthings episode). Those are all geek icing on a geek cake. Aside from the dead on illustration there isn't much that can be said. It looks good on every available color too.
This Let's Operate Already tee will make a nice gift for any Futurama fan. It's funny and true to the show. 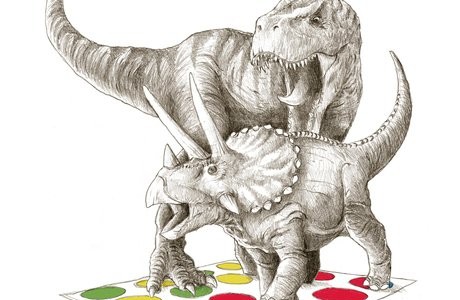 THE ULTIMATE BATTLE tee is for dinosaur enthusiasts and anyone that has fond memories of the board game Twister. It is a great conversation starter and is bound to get countless laughs as well as get plenty of strange looks and "WTF's?" from onlookers.

It is easy to imagine how this scenario would play out. "Right Hand Red" is called then the small armed Tyrannosaurus Rex and the four legged Triceratops just stand there confused and pissed off. Finally, they would just fight to the death.

The artwork is self explanatory. A nicely detailed pencil illustration of the two dinosaurs on a simple and somewhat crude rendering of a Twister mat which contains the only color in the design. Making it the focal point of the tee. This just goes to show that sometimes the weirdest and stupidest things as concepts make for the coolest tees. Even if for nothing else but to see the people's reactions to the absurd.

DinoMike didn't add any cast shadows in order to keep the work simple. It would had looked a bit cluttered and it would had increased the ink color count.

The ULTIMATE BATTLE design makes for a great casual shirt to be worn at museums, parks and Dinosaur themed movies.

Is available on: Tees, Phone Cases and Wall Art. White fabric is mandatory and is the only color that works for this pencil on white design. The review breakdown is as follows:

The I DID Have Other Plans This Decade tee design revolving around monotony err Monopoly...screw it it was right the first time. The game that never ends. Pretty clever of Rich Uncle Pennybags to use it to buy some more time to live. At the rate that game goes he'd live forever. How he convinced the Grim Reaper to play it in the first place remains a mystery. Although, some people rather die than to play the game in the first place. Decisions, decisions.
Great job Rasabi you managed to make people laugh and validate the existence of that fun in small doses bored game or I mean "Board" game. No, I like everyone else did mean "Bored". I just wish we could make out what token Death is playing as. Some would assume the canon or battleship or the obvious horse and rider. But I bet it is the dog.
Clean artwork all the way around. With an ominous glowing Monopoly board in the center as the focal point, this tee screams "evil". Funny, but evil.
The I DID Have Other Plans This Decade design is on children's apparel too. Which is a good, it passes down dark humor to the younger generations that will one day run things.
While visiting the retailer link you may get the following message. (If so do as it suggests and it should be available again.)

I DID Have Other Plans This Decade Tee Design by Rasabi.

Black is the only fabric color available which also serves as the shading for the design. The review breakdown is as follows: 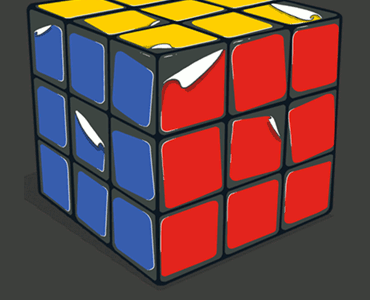