The concept for this mash up is oddly appropriate. The Pulp Fiction characters of Vincent Vega and Jules Winnfield (seen above) are replaced by Mr. Meeseeks x 2. And rather than referring to Brett they refer to Jerry who is just as annoying to them as Brett was to Jules. It blends the 90's with the present in such a way that anyone who hasn't seen Pulp Fiction will do so just to understand this design. That's the power of Rick and Morty.

As for the artwork, this one gives both of the Mr. Meeseeks Pulp hairstyles. The color is nice for the most part, not all Pulp Fiction Parodies featuring this scene have color but it works. The font used for the text is a bit difficult to read, at least the stroke around the font makes its so. Which is a shame because the line "Say What again, Jerry" is what makes this mash up and gag work. So points are deducted as a result.

While this is the Pulp Fiction pose it is definitely more of a Rick and Morty fan tee.

Is available on T-shirts, Hoodies, Long Sleeves, Sweatshirts and Dog T-shirts. Black, Charcoal HEather, and Vintage Black colored fabric are the only choices. The review breakdown is as follows: 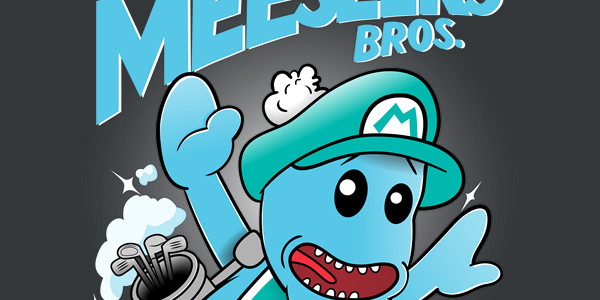 The Super Meeseeks Bros. tee design is for Rick and Morty and Super Mario Bros. fans that can't decide which to spot on their shirt.

The concept is a mash up of Super Mario Bros. 3 and Cartoon Network's Rick and Morty character Mr. Meeseeks. This is not the first nor last mashup of these 2 franchises as the Tiny Rick tee variations for example have proven to be popular.

As for the artwork, the coloring is accurate for the Rick and Morty cartoon but the style is a decent marriage of both franchises as it has some strong Mario elements as well. There isn't much in regards to shading but as for most designs it isn't needed anyway. The golf clubs carrying caddy version Mr. Meeseeks is the best Meeseeks reference so it works out perfectly.

Wear this anywhere casual attire is the norm.

Is available on T-shirts, Hoodies, Long Sleeves, Sweatshirts, Posters and Dog T-shirts. Black, Charcoal, Silver and White are the fabric color choices are available. The review breakdown is as follows: 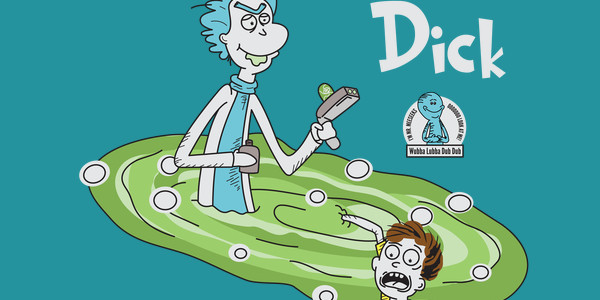 The Grandpa Rick Is A Dick tee design is for Rick and Morty and Dr. Seuss fans. Two franchises that seem like they shouldn't be anywhere near each other.

The concept is a hilarious mash up of Dr. Seuss books and Cartoon Network's Rick and Morty ...and it sums up every single episode right here. It has all the elements that are needed, even Mr. Meeseeks graces us with an appearance. The text consists of the appropriately titled "Grandpa Rick Is A Dick", with the burped add on "A-a-and other t-uurp-ales." (And other Tales). The humor and concept of this tee is better than the artwork itself.

As for the artwork, the coloring is truer to Dr. Seuss than it is to Rick and Morty but the style is a perfect marriage of both. Adding Grinch like features to Rick is what makes this design work out so well.

While this is Dr. Seuss inspired, it is definitely more of a Rick and Morty fan tee.

Grandpa Rick Is A Dick Tee Design by Haragos. 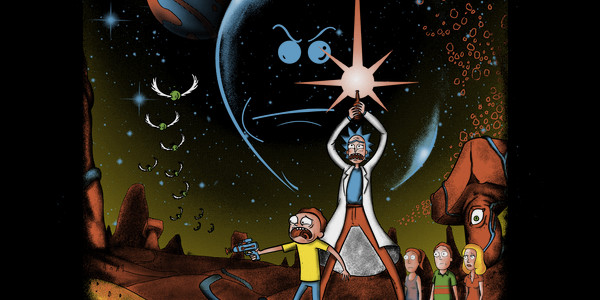