The Like Mother Like Son tee design is for the fans of Supernatural and the Powerpuff Girls.
The concept of the Like Mother Like Son tee is a mash up of Supernatural and villains from The Powerpuff Girls. It looks cool and whatnot but other than just stylizing the characters, I do not get the point of the mash up unless it is like just to see it done. Rowena stands tall holding up a hex bag while the short Crowley just stands there pissed off.
As for the artwork, it is drawn in the Powerpuff Girl style. Obviously Crowley is mashed up with Mojo Jojo (shown below). Since Crowley already resembles a monkey this was an easy a natural selection (heh). Again that may be the main inspiration behind this mash up. The colors are appropriate for both franchises. There is no shading as per the Powerpuff Girl style. The layout is good with some witchcraft symbols in the background as a tie in design element emphasizing the evil theme and to give more hint as to who the characters are supposed to be. The stroke outlining the characters make the art pop on almost any color fabric. The darker the better due to the wicked background.

This Like Mother Like Son tee will make a nice gift for any fan of Supernatural just don't expect it to be great for a Mother's Day gift since it is based on a dysfunctional family. (See the clip below)
This is a another geeky shirt that fits in anywhere such as Comic-Cons. It would also make a good tee to wear while streaming Netflix. As for the design, it is drawn in the Rocky and Bullwinkle style. All of the important character features are added to Crowley and Rowena to make it obvious who they are. Good old school coloring and no shading just like the cartoon.
This A Fiendish Plan tee will make a nice gift for any fan of Supernatural and vintage cartoons.
This is a good casual shirt that fits in anywhere such as Comic-Cons. It would also make a good tee to wear while streaming Netflix. 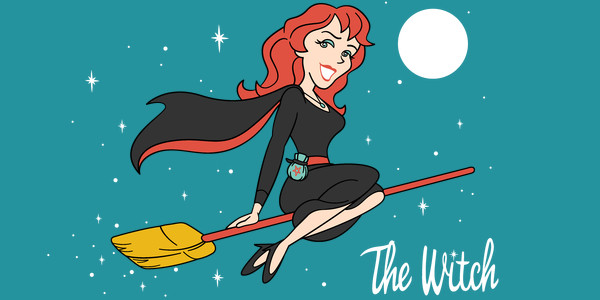