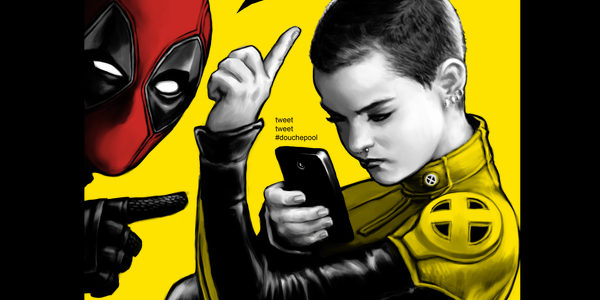 We Can Do It Poster by Howard Miller

The NegasoniCan Do It! hoodie design is for both fans of Nostalgia and Deadpool.
The concept for the NegasoniCan Do It design is a parody based on the We Can Do It! Poster (Shown above) by J. Howard Miller which was made to support the war efforts of WW2. As for the Deadpool component and a stab at modern society with the overuse and addiction of cell phones.
As for the artwork, it has the 4th wall being broken true to the character of Deadpool. It features vivid Red, Yellow. It has a Pleasantville effect with the Black and White photo surrounded by those colors.
Negasonic Teenage Warhead is shown texting and holding up her finger telling Deadpool to hold on in place of the female riveter. This comes from a scene in the first Deadpool movie.
This is a fun design to be worn at any setting or event such as the almighty Comic-Con.
As for the print, It turned out PERFECT AS ALWAYS from Neatoshop The colors especially the REDS pop which is where most all other POD companies are lacking.
This NegasoniCAN DO IT! hoodie will make a great for any Deadpool and Wartime propaganda fan.

In Five Minutes Shirt Design Close Up TeePublic Print Quality Reivew
In Five Minutes Shirt Design TAG TeePublic Print Quality Reivew
In Five Minutes Shirt Design Worn TeePublic Print Quality Reivew
The In Five Minutes shirt design is for the Deadpool and Marvel fans in general.
The concept is simply based on the hilarious "You're going to die... in five minutes!" scene from the popular 2016 Deadpool movie. You know the one, where Deadpool is driving a Zamboni towards his latest victim on his way to find Francis. Where he says "You're About to be Killed by a Zamboni". I would elaborate but there really is nothing more to write.
As for the artwork, it is an accurate representation of Deadpool from the aforementioned scene. For starters, the composition and shading are good. Now, the forearm of the extended hand looks a little off to me but it doesn't take away anything from the design. Also, the illustration is done as a side view. Thus, simplifying the concept for T-shirt format
While the ink coverage is good the colors are a bit muted on this tee. Learn from my mistake and choose a lighter fabric color for better contrast. 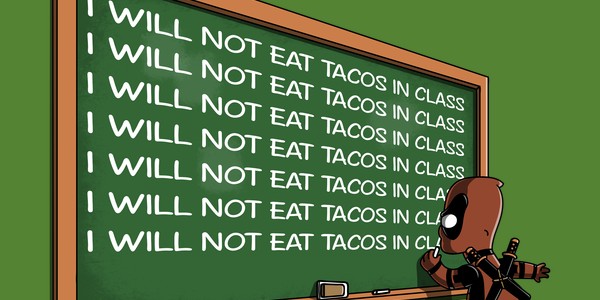 The Not Eat Tacos In Class tee design is a Deadpool Tshirt for the fans of The Simpsons running opening chalkboard gag.
As for the concept, the Not Eat Tacos In Class tee design is a mash up that plays on both Bart Simpson's detention punishment of writing on the chalkboard and Wade Wilson's fondness of Mexican food.
This is done in The Simpsons drawing style and depicts Deadpool as the one writing on the chalkboard. The costume is all Deadpool of course. But the height is all Bart Simpson. The coloring is great and better than most of the other Simpson's parodies out there by far, as is the shading. The details of the blackboard is above and beyond. Just check out the gradients, splotches, and smears for the messy and clean spots. It looks real.
Fans of either franchise could go for this shirt. But Deadpool fans would definitely be the main target here due to the quote.

Not Eat Tacos In Class Tee Design by Soulkr.

Is available on T-shirts, Tank Tops, Hoodies, Long Sleeves, Sweatshirts and Dog T-shirts. There are many color choices available as well, each depending on what style is chosen. The review breakdown is as follows: 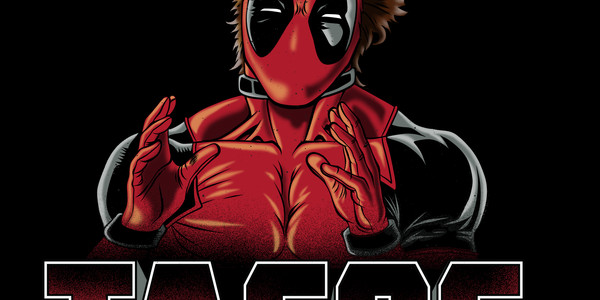 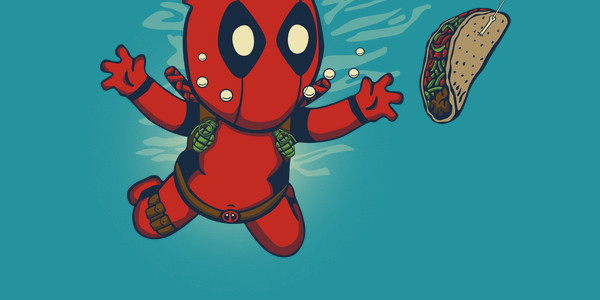 The Tacosmind tee design is for Deadpool fans that enjoy Nirvana and beer.
This design is based off of Nirvana's Nevermind album cover art (shown below). It depicts a a fully costumed Deadpool instead of a naked human baby. It is another Nevermind mash up that represents the beginning and end of the 90's decade wonderfully. The concept would had worked whether they replaced the dollar with a taco or a chimichanga since Mexican food is Deadpool's thing. This is a decent mash up and it is better than a large portion of the other mash ups out there. There is an unlimited amount of Nevermind album covers to be made as it works well with almost everything. As for the artwork, it is a cartoon parody of the Nevermind album cover. The coloring and shading are good although Black would had been accurate for the non-Red areas of Wade's costume. The water effects are simple, which prevents it from looking too cluttered and busy. Leaving the actual water color whatever the fabric color choice is. this mash up actually includes the fishing line which is a plus as it is was essential to the original album cover concept.
The Tacosmind tee shirt is ideal for Generation X'ers, fans of grunge, and of Deadpool the most insane comic book character of all time. One doesn't even need to be a fan of all three to appreciate this tee either. The tacos meme itself makes this shirt worth buying.
With the new Deadpool movie hitting theaters, Deadpool will grow even more popular than he is already.

Is available on T-shirts, Hoodies, Long Sleeves, Sweatshirts and Dog T-shirts. Many fabric colors are available, Turquoise seems to look the best in my opinion, but any Blue hue will suffice. The review breakdown is as follows: 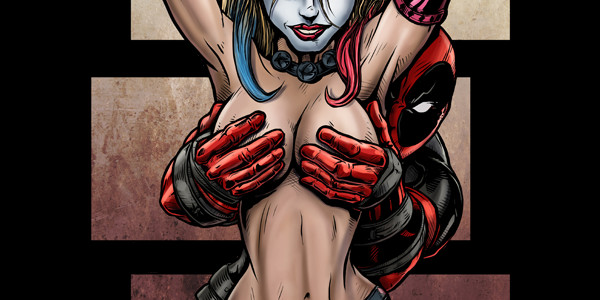 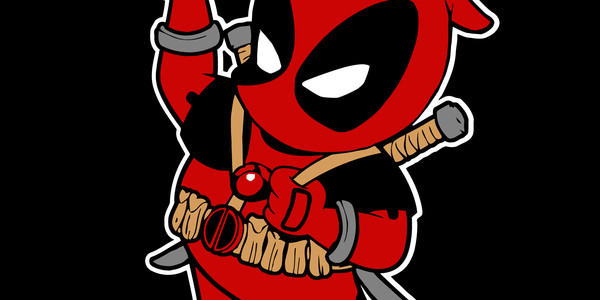 The Deadly Tacos tee design is for the Americana and Memorabilia collectors that are also fond of Deadpool and Tacos. It combines the two worlds and eras that do not belong together thus creating something that seems familiar but new at the same time. Somehow the design just looks and feels right.
The concept for this design is that Wade Wilson aka Deadpool stands in the famous Big Boy pose shown below holding up a Taco. To learn more about Deadpool and his love for Mexican food. As for the artwork, it is clean and as one would imagine this concept would look. As a cartoon rendering there is no shading in this piece. If Deadpool were to open his own Taquería this is probably what the derivative trademarked signage and statues would look like. He, much like Mario would rip off Bob's Big Boy directly just like this. Seriously though this is a good mashup as Wade would make himself and the restaurant a parody. Especially since Bob's Big Boy isn't Mexican at all, the irony plays well with the character.
This Deadly Tacos tee will make a great for any Deadpool fan, especially if they happen to like Bob's Big Boy. Even if they do not they will probably like this design.
This is a fun design to be worn at any setting or event such as the almighty Comic-Con.