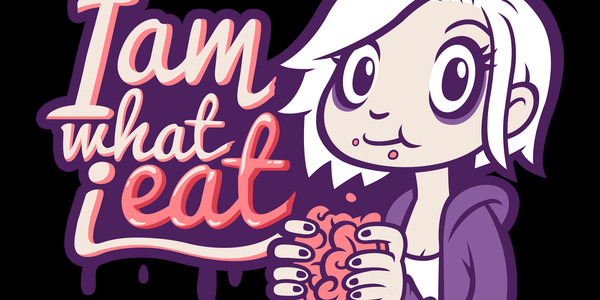 The iFoodie tee design is for the iZOMBIE fans, foodies and people who like cliches.
The concept is based the comic book and television show iZOMBIE,a cute almost kawaii art style and the old phrase "I am what I eat". Which is not only to say she is very smart since she is eating a brain, but she takes on the traits of the people's whose brains she ingests. The only thing missing from this is hot sauce.
As for the artwork, it looks like some Japanese cartoons, those with big eyes and tiny heads. The colors are good and the shading is non-existent except for some tonal differences in the font. It is definitely different than any other iZombie themed designs as most stay true to the comic or opening credit style. But there is something to be said about trying the cute angle on something Zombie related. And since it is a show with a strong female lead, it is only natural to make a design appeals to the female crowd as well. Not that women don't like horror with all the gore but sometimes it is nice to mash things up.
This is a great pop culture shirt that fits in anywhere such as Comic-Con or coffee shops.

Is available on T-shirts, Hoodies, Tank tops and Crewnecks. There are many fabric color options available. The review breakdown is as follows: 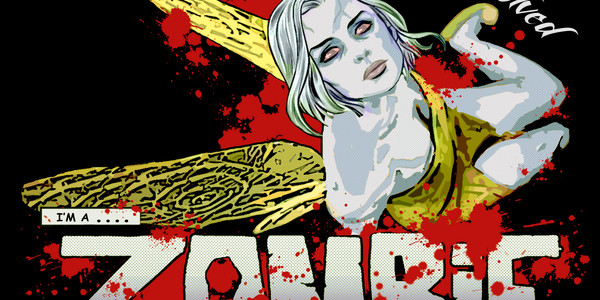 Is available on T-shirts, Hoodies, Tank tops and Crewnecks. Black is the only fabric color option available. The review breakdown is as follows: