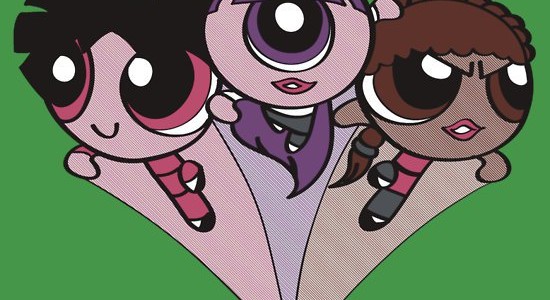 The Powerama tee design is for fans of Futurama and the Powerpuff Girls. Unlike other mashups that share the concept this one stays true to the female gender leaving Fry and Bender out of it.

This cartoon mashup tells the world that girls are badasses too. It not only puts two of Futurama's main characters in the spotlight but it also features a minor character as well (LaBarbara Conrad). Yes, the Powerpuff Girls are already badasses to begin with as are the Futurama gals. But that is just another reason to mash them up into one design. The colors used in the artwork here look good on virtually any color fabric.

TapedApe took the characteristics from both franchises and blended them in such a way that it is easy to forget that this isn't either franchise's actual imagery. Amy's character arguably turned out the best.

This Powerama Tee is ideal for wearing while watching Futurama or Powerpuff Girls on Netflix, or to Comic-Cons.

Is available on: Tees, Hoodies, Throw Pillows, Phone Cases and more. The review breakdown is as follows: